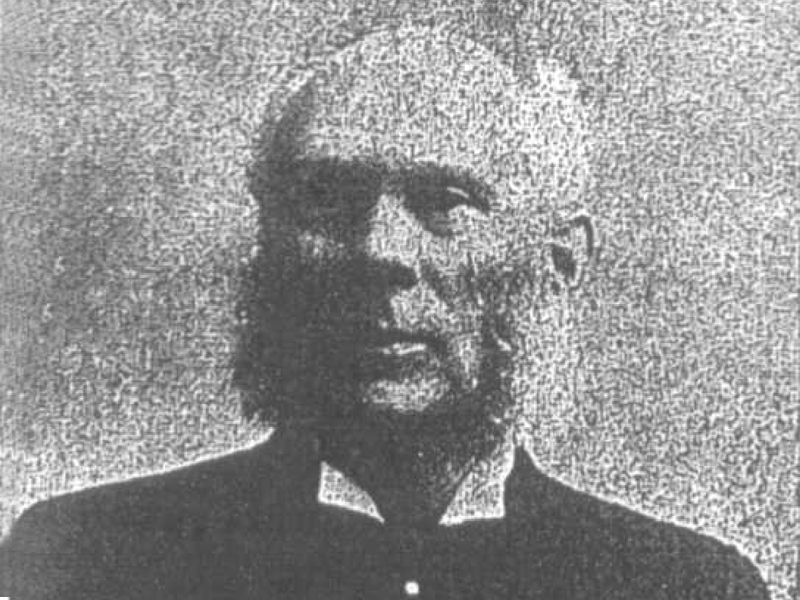 Dr Alexander George Davey is best remembered for his work in connection with the Isle of Wight County Hospital, Ryde and especially the new Children’s Ward.

He was instrumental in the building of the Children’s wing and an endowment fund was raised principally owing to his energy and influence.

He was elected honorary treasurer of the endowment fund and at a meeting of the management committee in Newport in 1900, he presented and explained accounts involving nearly £10,000 expenditure – probably the largest sum ever raised on the Island at the time for any charitable institution. Proof of the care and accuracy of every activity Dr Davey undertook came from the accounts which, when presented to audit, balanced to the penny. 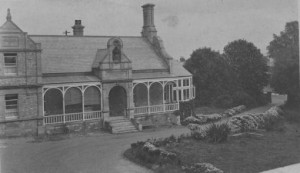 His devotion to the Children’s Ward was recognised in 1898 when £1,000 was collected in a very short time by 249 of his friends and admirers to endow a cot in the Children’s Hospital named “The Alexander Davey cot”. The inscription read, “This cot was named and endowed in perpetuity by friends of Alexander Davey, MD, in recognition of his professional skill, and of the devotion and sympathy with which he has ever sought to alleviate pain and sickness.”

The cheque was presented to Dr Davey in July 1898 at a meeting at The Castle, Ryde by Colonel Craddock. At the same time, he was presented with a magnificent album containing the names of the subscribers, a description of the new wing, and sketches and photographs of the same.

Dr Davey, a General Practitioner, came to Ryde in 1862 as a partner of Dr Barrow. He soon started in practice by himself and gained a reputation for his medical skills, care and kindness. He took a great interest in everything that could benefit the people of Ryde and gave 40 years dedicated service to the hospital, taking a keen interest in the management of the institution. Many of the improvements and alterations to the hospital owe their inception and successful realisation to his energies and ability.

Throughout his career, he maintained strong connections with the Ryde District Nursing for the Sick Poor that he initiated.

For several years, he worked on the Isle of Wight County Council and was elected County Alderman. He was also a Borough Magistrate and Chairman of the Ryde Pier Company, a sometimes difficult position as the interests of the Company and the Corporation were often conflicting ones. Many improvements were made to the pier under his leadership including the building of the pavilion and re-laying of the electric railway. He introduced good business methods into the management and initiated the idea of weekly concerts throughout the year in the pavilion.

He was also the founder of the Steam Laundry Company in Ryde and a governor of the Isle of Wight College.

Dr Alexander George Davey died in his sleep on Wednesday 7 November 1900 after returning from the management meeting in Newport where he delivered his final accounts for the Children’s Wing of the hospital.

His funeral took place on Friday morning, 9 November 1900 at St Thomas Church, Ryde amidst extraordinary demonstrations of respect. A large congregation had assembled and no less than 24 carriages joined the procession from the church to Ryde Cemetery. The final ceremony at the graveside was performed by Rev C R Hall assisted by Rev W M Cameron before the coffin was placed in a vault in the southern end of the cemetery.

A building was erected in Monkton Street, Ryde by his friends in 1902 to commemorate his invaluable work. Today the building is converted to flats but the plaque can still be seen on the front. 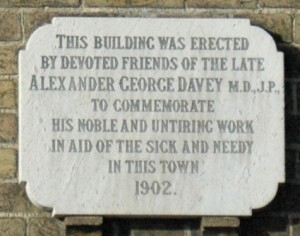